Nearly three decades have passed since the Chernobyl nuclear disaster. Now a new report authored by USC researchers has estimated that millions of people may still be suffering from mental and physical health problems related to the 1986 accident.

Researchers Jonathan Samet and Sonny Patel of the Keck School of Medicine of USC published their second report on Chernobyl’s long-term health consequences on April 26, the event’s 27th anniversary. Their research, supported by the nonprofit Green Cross Switzerland, revealed that, to this day, up to 10 million people may be affected by the catastrophe and its aftermath.

Seeking to go beyond the well-documented health risks of radiation exposure, Samet, chair of the Department of Preventive Medicine and director of the USC Institute for Global Health, set out to research the overlooked psychological stress that impacted residents living near Chernobyl in Belarus, Moldova, Russia and Ukraine.

In 2011, Samet and Patel, an Institute for Global Health research associate, authored a report titled “The Psychological and Welfare Consequences of the Chernobyl Disaster: A Systematic Literature Review, Focus Group Findings and Future Directions.” The document revealed evidence of significant neuropsychological consequences ranging from diminished quality of life and anxiety to depression and specific clinical syndromes, such as post-traumatic stress disorder.

With new evidence collected from focus groups in the affected areas, Samet and Patel’s latest report, “Selected Health Consequences of the Chernobyl Disaster,” painted a bigger picture, looking at research on different groups of people — including children and cleanup workers —affected by both radiation exposure and resettlement stressors.

The report found that both displaced and nondisplaced people show signs of negative psychological impact resulting from factors including job loss and mistrust in health care providers.

In addition, focus groups revealed ongoing stigma for people who were exposed to the disaster. For example, children who were relocated from the areas surrounding the Chernobyl power plant to the city of Bila Tserkva reported being bullied in school.

“There are many indirect consequences that urgently need to be addressed through governmental and nongovernmental programs,” he said.

Over the course of their research, Samet and Patel traveled to Belarus, Russia and Ukraine with partners from Green Cross International, a nonprofit organization that provides various social programs for families in the affected areas.

In the next few years, the project will continue in Belarus, Russia, Ukraine and Japan, where Samet, Patel and Green Cross will work alongside local institutions to support communities impacted by the 2011 Fukushima nuclear accident.

“Remarkably, there is still much to be learned about the consequences of Chernobyl,” Samet said. “However, what we have learned will undoubtedly apply to Fukushima as well.”

Learn more about the Chernobyl project » 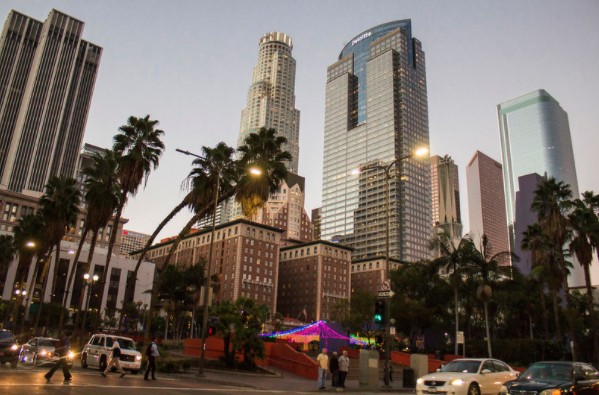