Global dignitaries, activists and leaders spoke at the University of Southern California as part of a public symposium, followed by a youth summit at City Hall, on Human Rights Day, Dec. 10.

In celebration of the 70th anniversary of the Universal Declaration of Human Rights, a milestone document in the history of human rights, the event drew hundreds of USC and Los Angeles community members, students, organizers, activists and consular representatives to USC Bovard Auditorium and City Hall.

Speakers from academia, the United Nations, government and civil society discussed why, and how, human rights matter and can make a difference  for sustainable development, health and well-being locally and around the world.

Watch highlights from the event:

“It’s a good time to take stock of our achievements since 1948, but perhaps more importantly, to think about the future,” said Sofia Gruskin, director of the USC Institute on Inequalities in Global Health and professor of law and preventive medicine, in her opening remarks. The institute (formerly the USC Institute for Global Health) co-hosted the event with the Office of Los Angeles Mayor Eric Garcetti, the UN Office of the High Commissioner for Human Rights and the UN Foundation.

In the face of rising populism, nationalism and even fascism, she asked, can human rights can be part of the resistance?

“How do we, universities, communities, government officials, media and all of us who care about health, rights and justice, get past our differences and work together, to set a rights-oriented agenda going forward?”

It’s been done before—exactly 70 years ago. UN Deputy High Commissioner for Human Rights Kate Gilmore reminded the audience how the roadmap to universal human rights was “forged not in prosperity or privilege, but drafted amidst, rather, the rubble, wreck and ruin of reckless rancor, under shadow of the gravest violent extremism committed in living human memory.”

As the dust settled from World War II the international community banded together, vowing to prevent further atrocities through a single document to guarantee the rights of people everywhere. A UN group led by United States First Lady Eleanor Roosevelt worked with more than 50 countries to draft the document, which was adopted without a single dissenting vote Dec. 10, 1948. To this day, the Universal Declaration of Human Rights remains the most translated document in history.

Standing Up for Human Rights

“Whether it’s about standing up for the rights of women, LGBTI people, migrants, journalists, disabled people, refugees, minorities and marginalized populations—or climate justice, which spans geographies and generations—human rights are core to all the challenges we face today and fundamental to all future possibilities,” said Cousens, who served as U.S. Ambassador to the UN Economic and Social Council under the Obama administration. Despite progress, “we’re seeing every day how much every gain is vulnerable to reversal, vulnerable to setback, and therefore how much we need to continue to do, to not only preserve the gains we’ve made, but to continue to advance and extend them to those whose human rights are still not fully respected. ”

Each panelist addressed how human rights impact, or are impacted by, the issues they champion, as well as solutions—from education, to re-learning empathy, to confronting personal bias and stigmas.

Milano, who helped advance the Me Too movement and advocates for equality and social justice, discussed systemic sexism and misogyny as barriers to upholding human rights.

Cable, a nine-time Paralympian, encouraged people to get educated early on about disability, which she described as an identity and not a condition. “It’s an identity that people all over the world identify with and all of you, all of us, will identify with it at one time or another,” she said. “Because if we’re living, we’re aging and age-related disabilities will affect us.”

Augustín, a formerly undocumented American who turned his story into a TV family comedy, criticized the media’s characterization of asylum seekers as migrant caravans. “My shoes are from India, my jeans are from Egypt, my shirt is from the Dominican Republic, my phone is from China, my car is from Germany—and it was all assembled in Mexico,” he said.

“I am a consumer of the American dream, but what about these international workers? Do they not have a right to that dream that they helped build?”

Gigi Gorgeous, a transgender woman who documented her transition on YouTube and advocates for the LGBT community, described the power of social media. “I found a community online that I could confide in; I didn’t really have that support system in real life,” she said. “If there’s one thing I’ve learned from being online, it’s if you say something out loud and put it out there, if you affect one person’s life— that’s priceless.”

USC Interim President Wanda Austin reaffirmed the university’s commitment to “fostering difficult conversations about difficult issues”— from homelessness to Alzheimer’s disease — as well as their solutions in Los Angeles and around the world.

In the practicum, students worked with Mayor Garcetti’s office this year to look at how human rights and global sustainability goals might offer new solutions to homelessness and other “wicked” problems. Austin quoted cinema student Valentino Misino, who participated in the practicum: “I don’t want, and cannot, close my eyes and live blindly especially when the world and humanity needs to face one of the most serious global crises ever.”

USC Provost Michael Quick commented on universities’ role in upholding human rights. “Research and education, sure, that is what universities do,” he said. “But also working in larger networks outside of our own bubble to affect change”– and leading by example, being “diverse and inclusive on our campuses.”

The Dec. 10 events at USC and City Hall were a cornerstone of the global UN campaign to spotlight the ways human rights contribute to the daily lives of people everywhere. Signature events in 14 cities around the world focused on human rights themes relevant to each location. Learn how to get involved in supporting human rights.

If you missed the event, you can watch it and see more information at http://globalhealth.usc.edu/UDHR70. 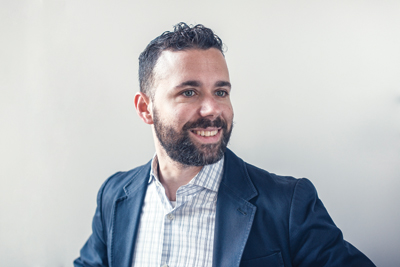